Discount will be applied when a product is added to cart.
Outdoor Color Blind Glasses

EnChroma® Ellis Cx3 Sun SP (for those with Strong Protan color blindness) is an essential frame with lens technology engineered to deliver clear, vibrant color and 100% UV protection for those with most types of red-green color blindness. Handcrafted in Italy, this classic frame is made with TR-90 material for durability and flexibility to retain its shape. Sits lightweight on the face for all-day comfort. Case included.
Frame size: Medium 54-18-145.
What's Inside 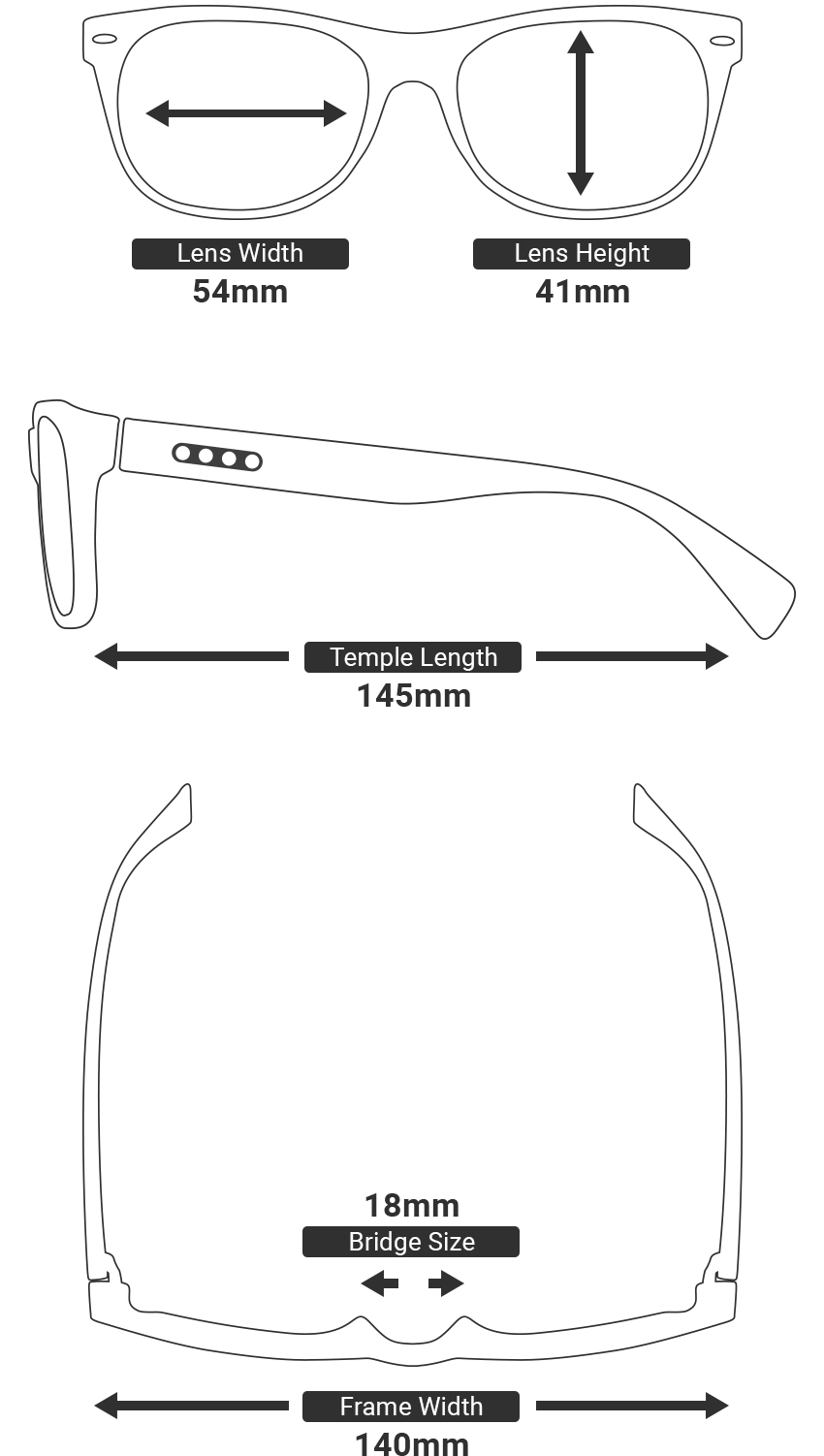 These glasses work wonders for me!! They are my second pair! I just wish with my type of colorblindness that you had inside ones too. BUT I'll take what I can❤️

63 years old and never seen such vibrant colors. Still can’t believe what I have missed for so long. Purchased Ellis Outdoor Sunglasses.

my son loves his sunglasses.

Ellis frames, outdoor lenses are comfortable and provide fantastic visual improvement of all things red and a sharper view of all other colors.

I’ve always wondered what people that are not color blind sees.  Now with these new glasses that I’ve received, gave me a new sight on things.  The colors are more brighter and now I can see the different shades of colors.  Thanks!

These glasses work wonders for me!! They are my second pair! I just wish with my type of colorblindness that you had inside ones too. BUT I'll take what I can❤️

Loading...
Was this helpful?
SS
Steven S. Reviewed by Steven S., from United States
Verified Buyer
I recommend this product
Rated 4 out of 5

Great frames, good fit, prescription and progessives great. The color change was not as dramatic as I hoped, but there was improvement for sure.

Loading...
Was this helpful?
HH
Hans-Jakob H. Reviewed by Hans-Jakob H., from Germany
Verified Buyer
I recommend this product
Rated 5 out of 5

I've known of my color vision deficiency since childhood. It runs in the family. Over time, I have learned to get by. I can identify many colors by looking really hard and taking context into account, and I have friends, colleagues, and family to help me whenever I really need to accurately name, choose or distinguish difficult colors. Overall, it was never a big problem for me – unlike e.g. my maternal grandfather, who was called stupid by his teachers for drawing in the wrong colors, and who had wanted to become a train driver but was not allowed to, for fear he would confuse the signal colors.

But I had been dismissing talk about "glowing fall colors" as nonsensical hyperbole. While the colors of fall did indeed appeared pleasant to me, they were nowhere near so special as to justify how much they are often romanticised,

I heard of Enchroma quite some time ago, but I doubted the strength of the effect. I live in Europe, so the shipping costs and import duties would even make taking advantage of the generous return policy an expensive venture. So I mostly forgot about them. Until a few weeks ago, when I got married. One of the presents I got was an Enchroma gift card. So I more or less had to order a pair of Enchroma glasses. Since taking the test on the Enchroma website diagnosed me as strong protan, I decided on "Cx3 Sun SP" outdoor glasses, in an "Ellis" frame.

When I received my Enchroma glasses, the first chance I got to try them on was after dark, indoors, under…

Loading...
Was this helpful?
DS
David S. Reviewed by David S., from United States
Verified Buyer
I recommend this product
Rated 5 out of 5

My son was born “color different" (I hate the term “color blind.” He sees colors, he just sees them differently than most of us). As he grew, he developed a love of hiking, camping, and the outdoors. We have spent hours describing sunsets and beautiful sights to each other, through each other's eyes. I have to admit, some of the color schemes he described sounded beautiful in their own right. Now, at 14 yrs. old, Enchroma opened the door to a new world for my boy. The Cx3 Sun SP glasses allow him to see colors much the way I see them, and he loves it! He now gets to experience the contrast between green trees, red rock, and the blue sky. He still loves the outdoors and thanks me for the glasses every time he sees a vibrant red or green landscape, bird, or object. I only hope that this technology continues to advance, so that we can get “indoor” versions for him (they do not work well with his version). In short, the glasses are life changing in an amazing way. Well worth the price.

Loading...
Was this helpful?
BB
Bill B. Reviewed by Bill B., from United States
Verified Buyer
I recommend this product
Rated 5 out of 5

I've only been able to wear them for a very short time. It has been very smokey out of doors since they arrived but the short time that I spent wearing them, maybe 10 minutes I was very much and pleasantly surprised. I would like to make a Review at a later time after Wearing them for a more substancial time period.r

Loading...
Was this helpful?
100% UV
Absorbing
60 Day Money
Back Guarantee