Atlas is a classic, lightweight aviator that will never go out of style. Engineered for comfort and durability, Atlas comes with a sturdy stainless steel frame, soft silicone nose pads, and comfortable acetate temple tips. The ultra-thin frame is as light as it is streamlined for a fresh, contemporary spin on a modern classic. Case included. EnChroma® Atlas. Color blindness glasses for adults. Frame size: Large 61-14-140.

EnChroma Atlas Certified Refurbished aviator style glasses function like new glasses and have been ultrasonically cleaned, UV sanitized and reconditioned to meet our strict quality standards for lens and frame performance. Covered by our standard 2 year product warranty and 60 day guarantee. Not available in prescription. 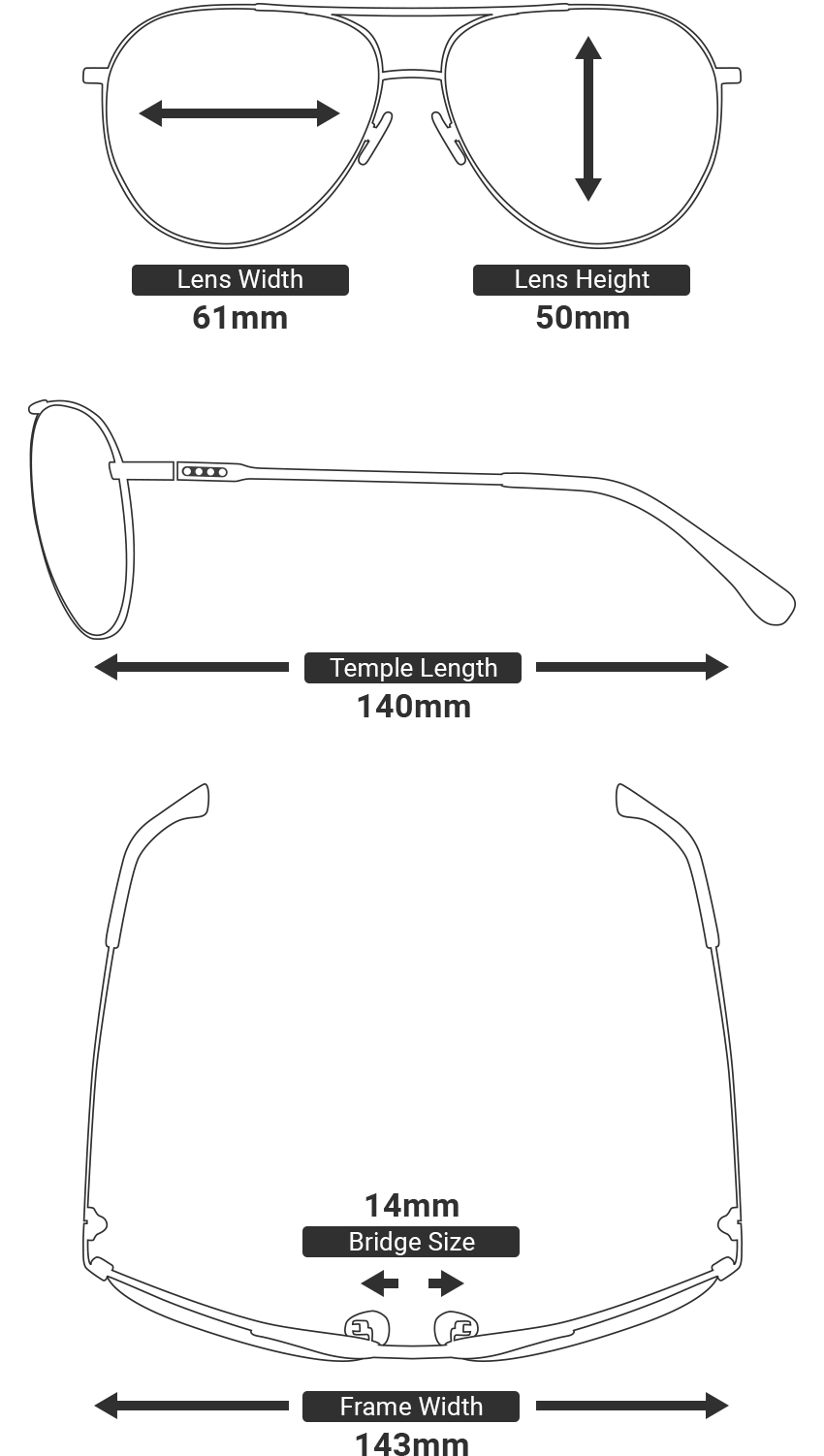 NOTICE: EnChroma glasses are an optical assistive device for enhancement of color discrimination in persons with color blindness; they are not a cure for color blindness. Results vary depending on the type and extent of color vision deficiency per individual. EnChroma does not endorse the use of the glasses to pass occupational screening tests such as the Ishihara test: these tests may be required in occupations where public safety is at risk such as public transport operators, electricians and first responders. Wearing of any filtering lens including colored contact lenses during test administration is prohibited and may invalidate the accuracy of the results. I'm weakly red-green colorblind, whereby shades of peach, pink and pale nuances of green/reds tend to melt into each other and I cannot tell them apart. Bright reds are also rather dull or can appear orange. The Atlas (Outdoor) Glasses I bought have been interesting.

When putting them on for the first time, everything appears much more red. Eventually, the visual system adapts in a few seconds. Subsequently, almost all colors appear more pronounced, as if a Instagram filter has been added (my best analogy), and colors are more saturated. This includes yellow, orange, blue, green, red, magenta and the rest - they “pop” out. When I then remove the glasses, everything appears more green-shifted at first, and then returns to how it was before I used the glasses, i.e. pale and unsaturated.

Additionally, after wearing the glasses for a few hours every day for about 1 week, I noticed positive effects even after removing them, such that red colors appear more pronounced in dark environments. Hopefully these effects can continue and the glasses can somehow train my visual system to distinguish reds, greens and more subtle nuances thereof. I’m very happy with them anyways. Walking around in the city can be an adventure, I could see an odd shade of pink/magenta on a house exterior that I haven’t seen before. Overall, a very unique experience.

Two drawbacks:
The glasses are a little bit more heavy than my Ray Bans Aviators
Although they are made for outdoors, the glasses are not polarized